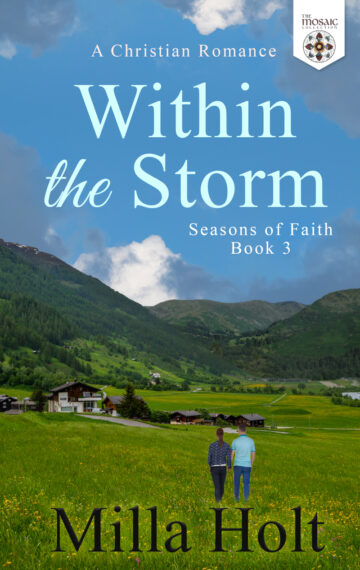 He hid the truth to spare her heart, even as it broke his.

Five years ago, Bethany lost her husband, a world-famous actor, in a freak accident. Since then, she has rebuilt her life away from the limelight in her small Norwegian hometown.

But her peace is about to be destroyed.

A vengeful co-star is preparing to publish a vicious tell-all book to smear her late husband’s name. Refusing to stand by and allow his memory to be tarnished, Bethany scrambles to release her own biography to celebrate his legacy. To make that happen, she needs mementos and stories from his childhood. That means swallowing her pride and asking for help from his brother, Lukas, who’s always treated her with icy indifference.

Lukas knew his brother never deserved Bethany. The selfish, narcissistic rogue swept her off her feet while keeping her in the dark about the unsavory and immoral corners of his life. The only way Lukas could protect his own heart and integrity was to keep Bethany at arm’s length and avoid blurting out his feelings for her. She deserved better… to be treasured and adored. Knowing he could never fill that role, he hid his attraction and his guilt, and allowed her to believe he despised her.

Now, as she turns to him to help memorialize his brother, Lukas faces an impossible choice. If he lets her discover the truth, he’ll open up a long-awaited chance to confess his feelings for her. But the full truth will also reveal his own role in hiding a closet full of skeletons.

Within the Storm is Book 3 in Milla Holt’s Seasons of Faith Christian romance series. Five friends were in the same wedding in a small Norwegian town over twenty years ago. Four bridesmaids, one bride. Now, two decades on, each woman learns that God’s timing is perfect as they find forever love later in life.