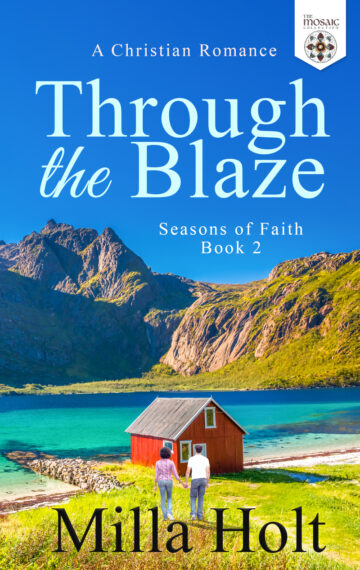 He’s spent his life taking chances. But will she risk it all to love him again?

Gambling addict Kai Meland has spent the last decade fixing the life he wrecked. Still, some things are broken beyond repair. Including his marriage. His daughter’s upcoming wedding might be his last chance to show his estranged wife he’s not the same man who once crushed her heart by chosing gambling over her.

Lisa wants nothing to do with the man she once loved. After his addiction destroyed their family, she focused on their daughter, Eline. She wiped her tears, held her close, and met her needs. So now that Eline is about to marry, how can she want both of her parents present?

As preparations begin, Lisa finds an older, wiser Kai saying all the right things, but she’s not about to fall for his charms. She’s been down that road and has the scars to show it.

Will the approaching wedding allow Kai the chance he needs to break through Lisa’s emotional fortress and prove to her their love is worth a final wager?

Through the Blaze is Book 2 in Milla Holt’s Seasons of Faith Christian romance series. Five friends were in the same wedding in a small Norwegian town over twenty years ago. Four bridesmaids, one bride. Now, two decades on, each woman learns that God’s timing is perfect as they find forever love later in life.